Every Community
Needs a Leader

Rudy has been acquiring and developing real estate in San Francisco since 1980. He has owned and managed 16 buildings in the city and numerous other properties throughout the country. Alongside numerous residential and commercial properties Rudy has owned 5 local hotels including his current project, Music City Hotel.

The pride and joy of Rudy’s business experience has been his work at 1353 Bush Street and the creation of Music City Hit Factory. Rudy has put all of his success on the line in order to create a sustainable music facility that supports the marginalized working musicians of San Francisco. His dream is to create a business which will become an institution which promotes culture and creativity in the city for many years to come. 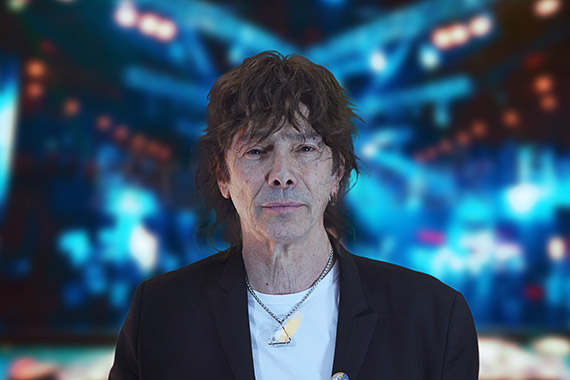 Rudy’s mission in life is to spread love and to help people find happiness. Beyond the many individuals that Rudy has personally supported, he has committed decades of time and energy toward projects which help to give back in a way that provides resources to people in need.

As a young man Rudy found himself in a position of financial success but without joy. In a time of great need, he discovered A Course in Miracles, a nondenominational curriculum which helped him realize happiness and fulfillment through spiritual growth. He has since dedicated himself to his ministry, spreading the message of the Course as the Vice President of the Community Miracles Center.

Rudy’s most rewarding artistic achievements are his 4 albums in which Rudy composed, sang lead vocals, and played lead guitar. In 1999 he had two songs reach the Top 40 charts for Adult Contemporary in the United States but received no support for a tour or enthusiasm from major labels. Frustrated, he took a break from songwriting to focus on building his real estate company.

It was two years before Rudy was invited to a blues jam where he naturally began modeling his performance on Mick Jagger. The response was so overwhelming that Rudy created the Unauthorized Rolling Stones, one of California’s first major tribute bands, which spawned a new wave of entertainers.

As the leading front man in a tribute show, this gave Rudy a platform to introduce fans to his original music. Many shows were billed as The Rudy Colombini Band opening for The Unauthorized Rolling Stones. This further inspired Rudy to get back into the studio and record new material with the Rudy Colombini Band.

He has since played hundreds of venues throughout California and the western United States. Performing live for audiences is his greatest source of happiness, and he has since created many more cover bands in order to continue finding more opportunities to express himself as a showman.